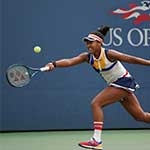 In the introduction to The Inner Game, Gallwey identifies the major points that inhibit peak performance. He writes, “It is the thesis of this book that neither mastery nor satisfaction can be found in playing of any game without giving some attention to the relatively neglected skills of the inner game. This is the game that takes place in the mind of the player, and it is played against such obstacles as lapses in concentration, nervousness, self-doubt, and self-condemnation. In short, the inner game is played to overcome all habits of mind which inhibit excellence in performance.” (p. 13)

Gallwey, a top junior tennis player who played for Harvard in the 1950s, left a career in college education to develop and perfect something he called “yoga tennis” at the John Gardiner Tennis Ranch and Esalen Institute. He refined and developed the Inner Game during his teaching there in the early 1970s. This was truly radical stuff back then. Gallwey combined Zen wisdom, awareness training, learning theory, and logic in writing this best selling handbook to help athletes not only enter the zone, but also remain in it.

Gallwey discusses in the book what he calls our two selves. He refers to the analytical, judgmental mind as Self 1. Gallwey correctly states that this Self 1, the instructive, telling side of the mind, attaches expectations to performance and worries so much about the past and future that it does not allow Self 2, the reactive mind, to perform the proper action during the present moment. Self 1 does not trust Self 2 and attempts to over control the swing and try too hard. Self 1 then chastises Self 2, creating self-limiting beliefs. Instead of merely reacting to a missed forehand and going on to the next point, Self 1 judges the shot as bad Then after another missed forehand, Self 1 tells Self 2 that he/she has “a lousy forehand,” creating excess tension and doubt. After a few more missed points, Self 1 declares to Self 2 that he/she is “a terrible tennis player” and therefore also a loser. These labels and self-limiting beliefs create an entire new set of expectations for failure and hindrances to peak performance.

Gallwey analyzes correctly that non-judgmental, goal oriented thoughts are better both for the athlete and the coach. He gives examples from both his teaching and playing experiences. Gallwey states early in the book, “. . . images are better that words, showing better than telling, too much instruction worse than none, and that conscious trying often produces negative results.” (p. 19)

Gallwey states this Self 1 is important in goal setting and practice situations but must learn to surrender control and let Self 2 play the game spontaneously. Gallwey teaches the student the importance of concentration and offers tips to be observant and quiet the mind. He writes, “The quiet mind cannot be achieved by means of intellectual understanding. Only by the experience of peace in a moment when the mind is relatively still is one sufficiently encouraged to let go more completely the next time. Very gradually one begins to trust the natural processes which occur when the mind is less and less active.”

Gallwey talks about “Letting it happen” and using imagery and feel to perfect technique. He gives breathing exercises to be used during competition and explains simple cues to focus the mind.

Re-reading Gallwey’s book 30 years later, I am struck at how clearly Gallwey’s message still resonates today. As a tennis coach and tournament player at that time, I recall thinking that Gallwey’s concepts were both simple and effective. Yet only after having become certified as a Mental Game Coach by Dr. Patrick Cohn do I now realize how profound were Gallwey’s ideas. I heartily recommend you read (or re-read) The Inner Game.

Gallwey has gone on to write other books about golf, skiing, and work. He currently does many corporate seminars and his latest book is titled The Inner Game of Work. I plan to read and review this book for the membership.

I leave you with a final thought from The Inner Game. At the end of Gallwey states that the athlete can actually develop through constant mental practice his/her fullest potential and reach a transcendent state. Gallwey concludes, “Only when man is paying attention to something he really loves can he concentrate his mind and find true satisfaction… His true potential as a human being is allowed to unfold without interference…He is free.” (pp. 140-141).