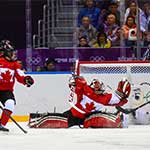 Rehab of injury experience has given me first-hand knowledge of the effects of injury on an athlete’s psyche and the challenges that athletes face during rehabilitation.

I was not able to play golf for a year and a half because of the injury. My goal is to get back to playing pain-free golf again without having to ice my shoulder after the round.

More than once, I have had fears that I will not be able to play golf again or at least pain-free golf. In addition, I thought if I could return to play, I wondered if my previous performance before the injury would return to normal. Can I play golf as well as I used to? I know these are common fear after an injury that many athletes go through. One of the biggest fears for athletes after injury is the fear of re-injury or getting hurt again in the same way as the first injury. It plays on the athletes mind like a bad song playing repeatedly in your head.

I have been working with high-level motocross racers for about two years now. This is a tough group of athletes. They look at injury as a natural part of the sport. Many of my motocross students walk around with a limp most of the time because of a severe injury from a crash. However, they still get back on the bike, even after a life-threatening injury. Yet the doubts about re-injury and getting hurt in the same fashion as before can play on your mindset and not allow you to perform up to your ability. Here is an example of a motocross racer who was plagued by fear of re-injury:

“I was about scared out of my mind after not riding for 6 months straight and then April came along and riding season was coming around. I still remember what was going through my mind on that day. Will I crash again? In that same spot? Even though I know the wreck was caused by improper maintenance (tire pressure). These thoughts still linger. “What if I crash on something else? I haven’t ridden in 6 months!” I didn’t have a way to get over it other then to just take my time and ride it off and get it out of my head that everything will be fine.”

The other “tragedy” to one’s mental game after returning to play post-injury is that confidence gets dumped and is at a low. Doubts and fears about returning to competition can crush even the most confident athletes. One motocross athlete was even afraid that his confidence would not return at all: “I am finding my confidence totally shot. I have bad dreams about the crash and injury. Mentally I have a hard time thinking about jumping. I’m afraid I won’t have the confidence I need when I return to riding to achieve my goals.” Again, this is a very common fear for athletes returning to play after rehab.

To ad insult to injury (forgive the pun), athletes who have been out of competition for a long time due to a severe injury might use the injury as an excuse not to perform well when they do return to play. You are done when you start making excuses even before the whistle blows; you might as well not hit the court or field. An athlete may say, “It’s OK if I lose today because I am not up to full speed yet.” This type of thinking will cause you to play tentatively, with doubt, which is the opposite of confidence.

After my surgery, I often wondered if my shoulder would be good enough to play a decent game again. I was tight and lost flexibility in my external rotation after the surgery and the rehab was coming along too slow. A big fear for many athletes is not getting back to a previous level of performance before the injury. Most athletes take pride in their performance, even weekend warriors, and prefer not to compete if they cannot perform up to their own standards and expectations.

Bottom line is that an injury can lead athlete down the road of frustration and depression especially for athletes who have their self-image tied to sports and success on the playing fields. It is a big issue especially if you are the person with that little negative voice in the back of your head that will not let you play with freedom and confidence.